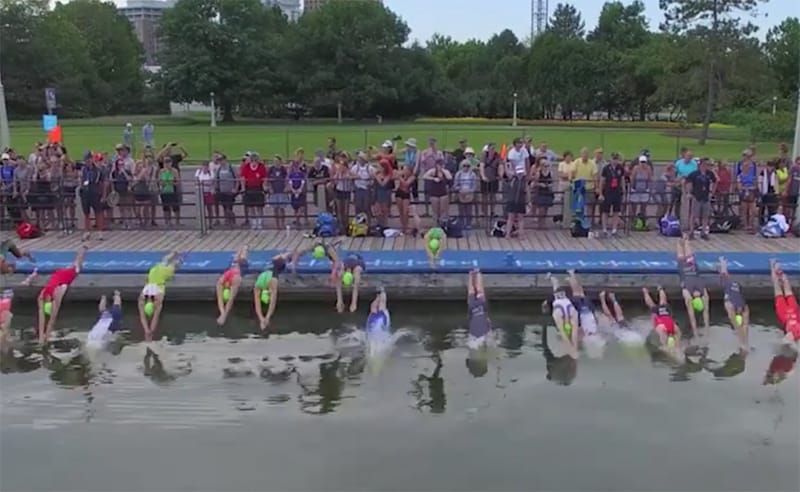 A new addition to the Ottawa International Triathlon weekend is the Age Group Aquathlon event. This event includes a 1km swim followed by a 5km run on the same race course as the triathlon events. Athletes who competed in either the Standard Distance Triathlon or the Sprint Distance Triathlon are allowed to also compete in the Aquathlon.

This event acts as the 2017 Canadian Aquathlon Championships with the top 5 spots in each age category being offered spots to attend the 2018 Fyn ITU MultiSport World Championships as part of team Canada in Fyn, Denmark, July 2018.

Each age group will offer 5 qualifying slots for the 2018 Fyn ITU Multisport World Championships in Fyn, Denmark Further information on eligibility is available at triathloncanada.com or see our page about how the selection process works

One Event Per Athlete – does not apply to Aquathlon!:

The swim course will consist of one 1km loop in Dow’s Lake. It will feature an in-water start after a short warm-up in a designated area.

The two lap 2.5km run course will be on smooth-paved roads, with a shallow climb at the start of each lap that leads to the historic Experimental Farm.